Ikariotes – the locals of Ikaria – have always captured the imagination of the rest of the Greek population because of their ‘eccentricity’. They are famous for having their very own sense of time and space, and for their freedom-loving, convivial spirit.

An independent state for several months after releasing itself from the Ottoman grip in 1912 (with its own cobalt blue flag stamped with a thick white cross – still seen in numerous homes around the island today), Ikaria was baptized ‘the red rock’ when it became home to some 13,000 communist exiles during the Greek Civil War of 1946-49. These and other factors have led the idiosyncratic Cycladic island to develop a character that differentiates it from its neighbours on either side, Samos and Mykonos – and indeed every other Greek island.

Anarchically lush, hearteningly unpretentious, and only demanding that you let go of your set expectations in order to enter its mesmeric and intrinsic flow, the island started attracting ‘alternative’ travelers in the 80s, such as bohemians and artists, who rejected the touristic paradigm emerging in Greece at the time, and who preferred to pitch tents on the beach and integrate with local life. In 2012, however, came a great shift.

Dan Buettner wrote ‘The Island Where People Forget to Die’ in the New York Times, sharing his groundbreaking Blue Zones research with the world. Since then, people have been flocking to Ikaria from every corner of the earth, thirsty to drink from the island’s legendary fountain of youth.

The locals – among whom you will find an impressive number of rosy-cheeked centenarians – haven’t got a clue what all the fuss is about, and frankly have grown a little weary of all the media and tourist attention. They are known for what visitors describe as a ‘Zen-like spirit’; they aspire to measured, Christian Orthodox ideals that keep them living in the present, and maintain an effusive attitude (that also prizes equality between the sexes). Ikariotes are also praised for their highly self-sufficient lifestyle, vibrant social life, healthy diet, and demanding physical routine of tending to land and livestock; and they are happy to stay exactly as they are.

If you’ve ever heard of Ikaria, then you must know the two things it’s most famous for: the longevity of its inhabitants, as announced to the world in 2012 by Blue Zones research, and its Panigyria, the all-day/all-night festivals celebrating local patron saints which attract hundreds to thousands of revelers from near and far. Wine flows free, boiled or baked goat is chomped on by the kilo, and dancers from all around the island – and even the world – link arms to dance the trance-like Ikariotikos for hours on end. Locals do love to party, but the chief objective of these events is to use the proceeds to build, renovate and mend roads, buildings, churches and schools. They take place throughout the year, but almost daily from May to October.

2. THE SPIRIT OF THE PEOPLE

One of the most appealing and special aspects of the Ikaria experience is getting to know its unique people. The islanders are often described as highly self-sufficient and physically disciplined, as they dedicate most of their day to tending their land and animals. Yet, at the same time they are bon viveurs who know how to live life to the full and completely in the present.

Although philosophically minded, creatively inclined (there is an especially resilient passion for music across the island) and definitely able to take a joke, they’re essentially simple people who are satisfied with the little they’ve got – a fruit and vegetable garden round the back of the house, a community bound by loyalty, individual independence, the ability to follow a daily rhythm that suits their reality, and long-honored equality between the sexes (a rare find in provincial Greece). They are not thirsty for money or fame, and despite being warm and welcoming to visitors, they feel no need to turn their island into a polished tourist destination that changes to accommodate other’s needs. And ironically, this characteristic only serves to make them more alluring.

3. THE FOOD AND WINE

Authentic, pure, organic, seasonal and straight from the garden is how Ikarian cuisine can best be defined, as throughout the island locals grow fresh produce in great abundance, while the wild “rasko” goats roam free, feeding on wild greens. Goat meat, milk and cheese are all staple foods, while in the coastal areas such as Armenistis, Nas and Evdilos you can stop for a bite of seafood with a view. The capital, Aghios Kirykos, and the Fournoi islands across from it are best for lobster. There are three wineries producing quality, award-winning wines on the island.

All located in very scenic spots, they offer a great excuse for a relaxed wine-tasting tour, although at most places you stop to eat, and particularly at local festivals, you will most probably be sampling the potent (15 percent alcohol content) red hima (non-bottled, locally produced) wine. In recent years a handful of restaurants on Ikaria have started serving more modern and creative dishes, often with exciting results, but overall the food is traditional and simple.

Local specialties include soufiko, the pan-fried Ikarian rendition of briam (Greek ratatouille); spongy, white kathoura goat cheese and giant zucchini. Wild herbs are added to all dishes and brewed as tea (water mint or fliskouni being a popular choice), lashings of olive oil on everything and common use of excellent, medicinal honey (white heather, pine tree, thyme, strawberry tree).

4. THE NATURAL VARIETY AND ABUNDANCE 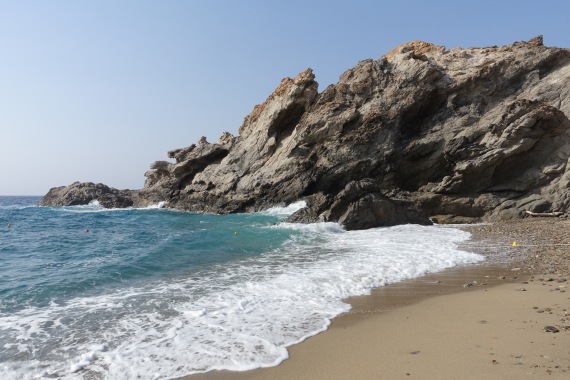 Mostly blanketed in thick, verdant foliage throughout the year, predominately mountainous Ikaria is a delight to explore on foot or by car. Mapped walks in Natura 2000 areas such as the 25km Ikaria on Foot circuit trail immerse you in the beauty of gorges such as Halaris, with emerald-green lakes, cool steams, lush forests, waterfalls and paved donkey paths.

There are also several organized botanical tours (Ikaria has 1,100 endemic plant species) and food-foraging walks along the island’s paths, led by experienced local guides. Ikaria has also been named an important bird area: keen birdwatchers can enjoy spotting the peregrine falcon, Bonelli’s eagle and, closer to the coast, the sea raven, among other species. The rare lizard species Lacerta oertzeni and Stellagama stellio (or korkofylas to the locals) can also be found here. For aquatic pleasures, beaches like Nas, Faros, Seychelles and Armenistis are the most popular due to their invigorating crystal waters and aesthetic allure.

Ikaria’s eight hot springs, which are said to be among the most radioactive in the world (but all very safe), have since ancient times been lauded for their curative properties that help treat rheumatic, skin, gynecological, respiratory and neurological ailments. The springs at Therma, Aghios Kirykos, Lefkada and Aghia Kyriaki have attracted visitors for millennia. In ancient times the people of Therma were called Asclepians after the god of healing Asclepios, while near Therma some ruins of the ancient city can be explored underwater.

Modern health tourism based around the island’s radium-rich springs started blossoming in the 1920s and remains popular, with organized spas, hotels and hydrotherapy pools offering sessions in the water combined with massage and more. Talking of springs, Ikaria is also known for its “immortal water,” a cold spring near the village of Xylosyrtis that is thought to be beneficial for treating kidney ailments. 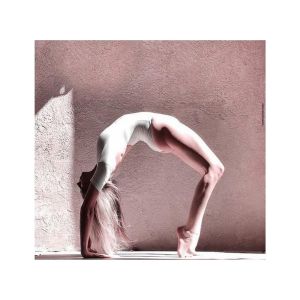